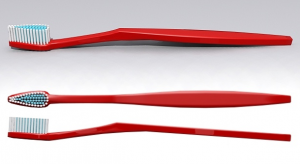 Behold the ordinary toothbrush. It is one household instrument that everybody has in common. It played a role in our earliest bedtime memories. We use it every day of our lives.

But have you ever paused to wonder how we got this ingenious little device?

How Did the Toothbrush Evolve?

Early versions of the toothbrush have been around since 3000 BC. In civilizations dating back to ancient times, people used chewing sticks—whittled twigs that they’d rub against and around their teeth. Alternatively, stems or roots from a variety of plants became the natural hygiene instrument of choice for hundreds of years throughout Africa, much of Asia and the Middle East, and in various regions of the Americas.

Indeed, some people still use this natural method today. Chewing sticks continue to be popular for a variety of reasons. In the Middle East, chewing stick users draw on traditional spiritual teachings and clean their teeth in careful rituals. In other areas, the sticks have stayed in use because the plant material is handy, and the sticks are easy for anyone to make.

The World Health Organization approves of chewing sticks. Results from several clinical studies suggest that the sticks, used properly, work just as well as taking a toothbrush to biofilm (also known as plaque). And chewing sticks don’t just physically clean the teeth. They also stimulate beneficial saliva. Some of the twigs used for this purpose may also have antibacterial properties. Scientists have in fact identified active compounds in them, with antimicrobial effects.

And then there’s the bristle toothbrush. It’s the model, of course, that’s most familiar to us today. First fashioned from animal hairs, the bristle brush was an ancient Chinese invention. Bristles came along much later in European cultures.

Europeans historically cleaned their teeth with salt-rubbed or sooty rags.

This all changed in 1780. In England, a rag seller named William Addis came up with a forerunner of the Western toothbrush.

Since then, versions of the toothbrush have included electric toothbrushes, toothbrushes that shoot water between the teeth, and even eco-friendly toothbrushes made from recycled plastic yogurt cups.

Some creative types, concerned about the problem of toothbrushes, toothpaste tubes and toothpicks as litter and marine debris, have introduced these items into art. Among the more famous pieces of reused toothbrushes in art are Takahiro Iwasaki’s toothbrush sculptures.

In 2003, researchers for the Lemelson-MIT Invention Index (mission: celebrating inventors) issued a survey. They asked people to rank the most useful of five modern inventions: cars, computers, cell phones, microwave ovens, and toothbrushes. Both adults and teens responded to the question.

The top invention that we can’t live without? The toothbrush!

To get an even thorough teeth cleaning, schedule an appointment with us today!